This summer, our new poster campaign will be visible on the walls of 100 Paris metro stations.

It will be an opportunity to spread our message : another type of biomedical research is possible when given the proper means. 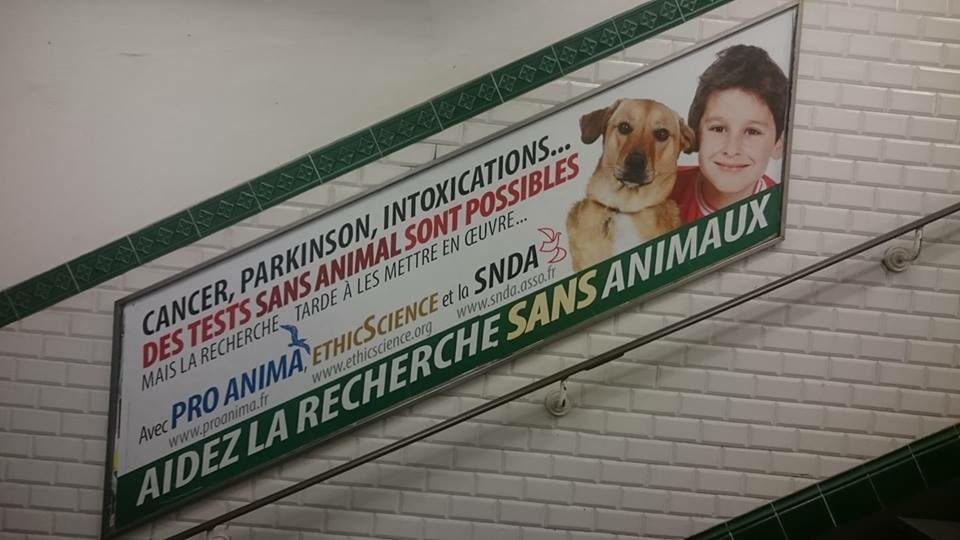 We support research that do not require animal experimentation on important issues like cancer, parkinson, or toxicity studies, among others.

Not only non animal research programs can spare many animals, but can also benefit public health by limiting undetected dangerous side effects of drugs while proposing a more relevant approach in biomedical research.

This is our 4th poster campaign in the last 5 years.

We deeply thank the SNDA for its financial support and loyal support.