EthicScience is a European civic initiative to raise funds supporting the promotion of research methods that do not use animals, based on cutting edge scientific developments that will improve public health.

Christophe Mas of the Oncothéis Laboratory ; he has developed three dimensional modelling of cancer using human tissue. While the pharmacological industry struggles to perfect new medicines, the modelling proposed by Christophe Mas provides a superior understanding of the illness. His approach is totally viable for the human species unlike the usual rodent-based analyses that are often biased

Saadia Berrada (Atoxigen) and his team have developed a novel model for synthetic skin. It’s little known that many chemical compounds, particularly those found in household products, continue to be tested on animals. This new technique can be used to supplant them.

Ludovic Wiszniewski (Epithelix) and his team have developed a human mini-lung for inhalation tests, allowing detailed study of the effects of electronic cigarettes.

During 2017 – 2018 we awarded €15,300 to professor Jens Schwamborn, a researcher who has developed a mini-brain based on stem cells that advances research into neurodegenerative illnesses, particularly Parkinsons disease.

Supported by major French, Swiss and Belgian NGOs, PRO ANIMA has furthermore coordinated the toxicology programme VALITOX/LUCS to the tune of more than €200,000 in support of the REACH European directive, aiming to test or re-test 100,000 chemical products (later reduced to 45,000 for reasons of economy). VALITOX/LUCS is presently being evaluated for European validation by the ECVAM1, and it can already be used by industrial producers to reduce pollution and improve our environment.

During 2019 a new dossier will be submitted to the ECVAM, following publication in a peer reviewed journal, on the subject of human tissue culture. A second dossier will deal with methods based on stem cells aimed at other regulatory regimes (toxicity via inhalation, via the skin or by ingestion). This second dossier is expected to show further benefits, with budgets.

Finally we expect to present a new method of measuring of skin toxicity based on models using 3‑D printing technology. It will be accompanied by a detailed memorandum setting out the advantages expected from the new technology, resulting from recent scientific progress. This will be accompanied by an implementation plan and estimate of total costs. If pre-validation is achievable (we hope in short order) at a cost of around €200,000, it will be an achievement consistent with our goals, and a successful example of displacement of the animal model in toxicology.

This research has been made possible thanks to the generous support of a donor who has contributed €45,000, plus our subscribers who have contributed a further €5,000. The scientific committee of PRO ANIMA can thus donate €50,000 towards the next award of the EthicScience prize. This amount will contribute to technological research that excludes animal testing : cellular toxicology and 3‑D printing.

At the conference “Transitioning to research without animal experimentation” organised by the European deputies Younnous Omarjee and Pascal Durand, and coordinated by Muriel Obriet, many researchers were present, notably Christophe Mas, Jens Schwamborn and Kevin Fournier. they used the occasion to explain their work and its applications. They each support the use of human materials (cells, tissue, givens) rather than working on the animal model (more efficient and viable, possibility of customisation, opportunity to replicate the development of human illnesses. They also talked about the relative difficulty and obstacles in developing such substitutive methods.

At a hearing of the OPECST (Parliamentary Office for the Evaluation of Scientific Methods) that took place on 14 January, 2019 at the Assemblée Nationale, Christophe Furger presented our Valitox programme and described the Kafkaesque journey of its validation, emphasising the feeble financial support given to substitutive methods.

The Poietis company develops physiological models and markets one of the first publicly available synthetic printed human skins. Poeitis is presently working on human skin, hair follicles, cartilage and the pancreas, as well as in cardiology and neurology.

Poeitis and AOP (Anti Oxidant Power) managed by Christophe Furger have submitted a proof of concept allowing the parallel exploitation of two technologies. The idea is to apply the Lucs/Valitox technology, a protocol of cellular toxicology, to human tissue samples printed by Poeitis.

Having successfully demonstrated the effectiveness of the new in vitro techniques, the next step is currently under way. The medium-term goal is to produce ‘simple’ material in the form of patches that can be used to repair part of an organ that may be damaged, whether by accident or by ailment.

This team effort represents a new objective for the Valitox protocol, chosen for the 2019 – 2020 EthicScience prize set up by the Scientific Committee of Pro Anima. The prize provides financial support for substitutive methods without animals. Pro Anima thus actively supports alternative to animal tests.

To make progress with this vital research that gets no governmental support we need your support and your generosity.

Thanking you in advance.

Each of our scientific partners is standing by to answer your questions. Or you can simply visit our LAB site to read more about this research http://www.proanima.fr/ethicscience/le-lab/

The fund and the EthicScience prize were set up by Pro Anima and are dedicated to supporting research selected by its scientific committee www.proanima.fr

The research we support 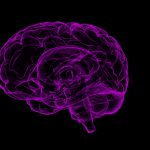 Jens Schwamborn and his team are conducting research on the Parkinson disease and other neurodegenerative disorders. They use the latest technologies based on bioingineering in order to find better solutions to help cure this serious disease. In France 150 000 people are affected by the desease. In vivo research has been failing in producing significant progress towards a better uderstanding of neurodegenerative disorders. It is urgent and necessary to support new tools that do not use animals thus allowing technical and scientific progress to become more used in the field of biomedical research. Read more. 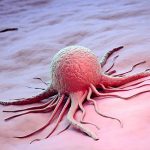 Each year, about 12 million people worldwide are diagnosed with cancer. However, despite the use of millions of animals and billions of dollars in cancer research, cure forthis devastating disease remains elusive.
With an overall drug approval of only 5% over the last 10 years, oncology is facing a dearth of new drugs. Analyses of clinical trials studies reveal that a large number of preclinical promising drug leads fail in late stages (70% failure in phase II) because of insufficient efficacy. Read more. 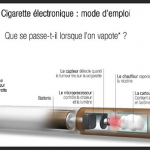 Despite a strong need both from authorities and consumers, to date there is no efficient assays to evaluate the short and long term toxicity of the electronic cigarette (e‑cigarette). Read more. 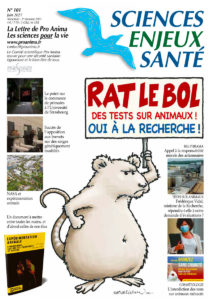