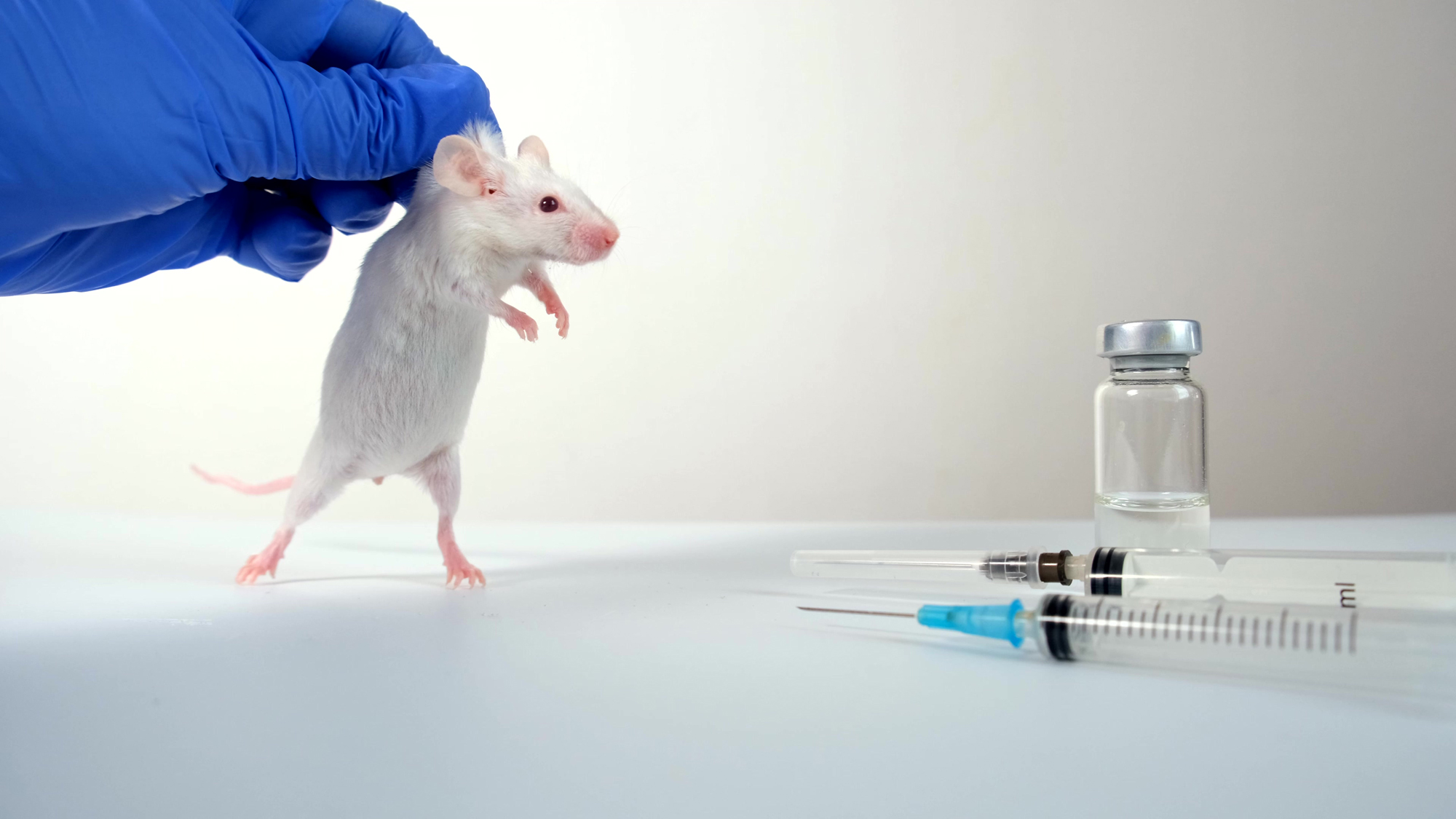 A scientist in blue gloves holding white abino lab laboratory mouse by scruff in order to conduct an experiment and test vaccine.

Tens of thousands of mice are still being killed for botox

The European Coalition to End Animal Experiments (ECEAE) of which Pro Anima is a member, revealed that tens of thousands of mice are killed in cruel botox tests despite existing animal-free tests.

On 9th July, the ECEAE organises a European Day of action and demands from the responsible authority EDQM, to delete the test from the regulations.

Pro Anima Scientific Committee will dedicate a special day on all its social networks.

Botulinum toxin (know as “botox”) is a neurotoxin that is used for cosmetic purposes such as removal of facial lines, but also for medical applications.

Each batch is tested on mice in the so-called LD50 test. Different dosages of the substance are injected into the abdomen of groups of mice to determine the amount at which half of the animals die. Since the poison paralyzes the respiratory muscles, the mice die of suffocation while fully conscious.

In 2011, the American manufacturer Allergan received approval for a cell-based test. Due to continuous protests by the ECEAE and other animal protection organisations, also the companies Merz and Ipsen replaced at least most of their animal tests.

The European Pharmacopoeia which regulates the batch testing of botox products allows a number of animal-free test methods, but it also still allows the LD50 test on mice.

The ECEAE urges the regulatory authority EDQM to delete the mouse assay from the Pharmacopoeia to end the appalling animal suffering for this test for good.