Each year, about 12 million people worldwide are diagnosed with cancer. However, despite the use of millions of animals and billions of dollars in cancer research, cure for this devastating disease remains elusive.
With an overall drug approval of only 5% over the last 10 years, oncology is facing a dearth of new drugs. Analyses of clinical trials studies reveal that a large number of preclinical promising drug leads fail in late stages (70% failure in phase II) because of insufficient efficacy.

It is therefore crucial to increase the quality of preclinical researches by developing more predictive and clinically relevant model. Currently, genetically engineered mice and xenotransplantation of tumours into immunodeficient mice are the main models used to evaluate drug candidates before clinical testing. But it becomes abundantly clear that the physiology of cancer in rodents as well as their genetic situation remain far below that of humans, making this approach too limited and poorly predictive to design efficient cancer
therapies.

At Oncotheis, we are using our expertise in tissue engineering to build up novel three-dimensional (3D)  in vitro models for human cancer by directly using primary human cells. It is now well recognised that maintaining a 3D environment is crucial to closely resemble the human disease and therefore precisely understand the tumour reaction to external stimuli such as pharmaceuticals. To date, we have developed a unique in vitro model for lung cancer, closely similar to a human tumour invading its surrounding epithelium. Lung cancer is  the first leading cause of total cancer deaths in the world, and despite few therapeutic progress, the 5 - year survival rate for lung cancer is among the poorest (<14%). The use of a human in vitro
model to test and translate new drugs into clinical trials should strengthen predictivity and allow a better selection of future therapies while representing a significant alternative to animal experiments.

Our objective is now to further validate this model at the functional level by showing that it mimics accurately the behaviour of a real in vivo tumour. To this purpose we need to perform a series of experiments that will lead to the complete histological, genomic and pharmacological characterisation of our in vitro model. In a second step, we plan to apply the same engineering technology to other cancer types, like the colorectal cancer.

The routine use of such human 3D in vitromodels by the pharmaceutical industry for the discovery and the evaluation of novel anticancer agents would not only have significant consequences for the replacement and reduction of animals in research, but would also help to define predictive biomarkers which are essential for targeted therapies and personalized medicine.

Christophe Mas is Chief Scientific Officer at Oncotheis, a Swiss biotech specialized in human tissue engineering for oncology. Address all correspondence to: christophe.mas@oncotheis.com 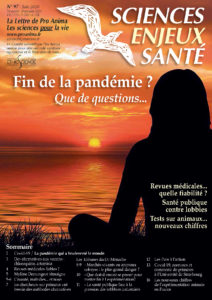